The third part of Winterheat 2012 was held in Civic Park tonight. What better opportunity to get some interesting shots?

I tried for about an hour (without much luck) to get some decent candid people shots. It was pretty busy and hard to be inconspicuous, so most of my intended ‘candid’ shots failed, with the subject instead staring at me with a ‘why-is-he-pointing-that-camera-at-me’ face. I was going round in circles chasing shots, and eventually got fed up and instead stood in one spot and let the shots come to me.

An event like this is probably most fun for the kids.

It was cold for Newcastle, but warm enough for people to have fun with a snow machine. 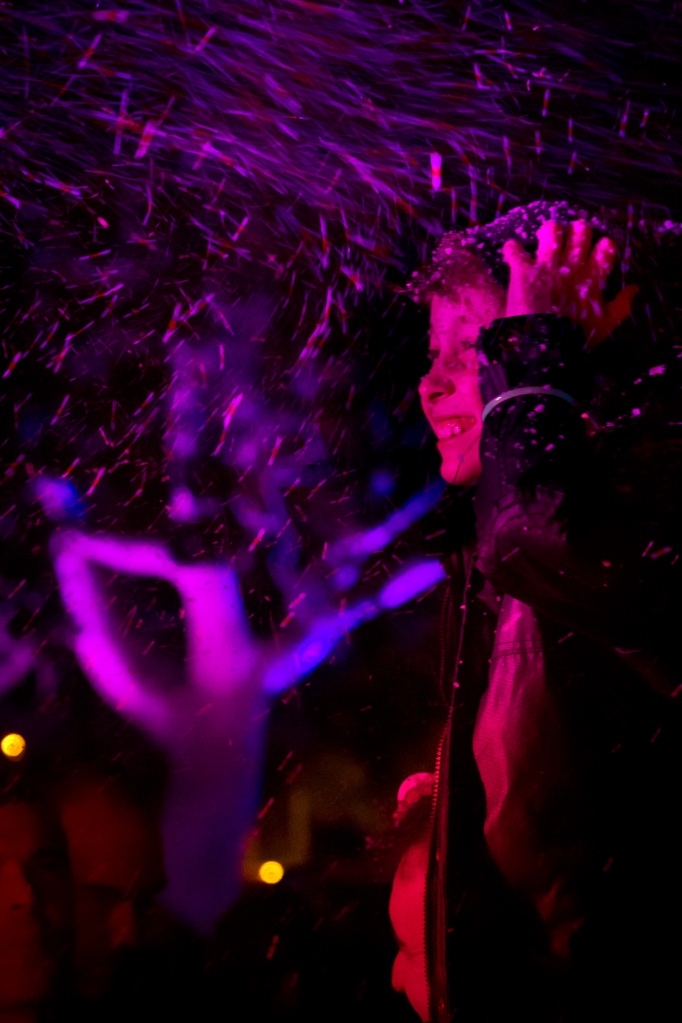 As always, young kids make great subjects, especially with lighting such as this. 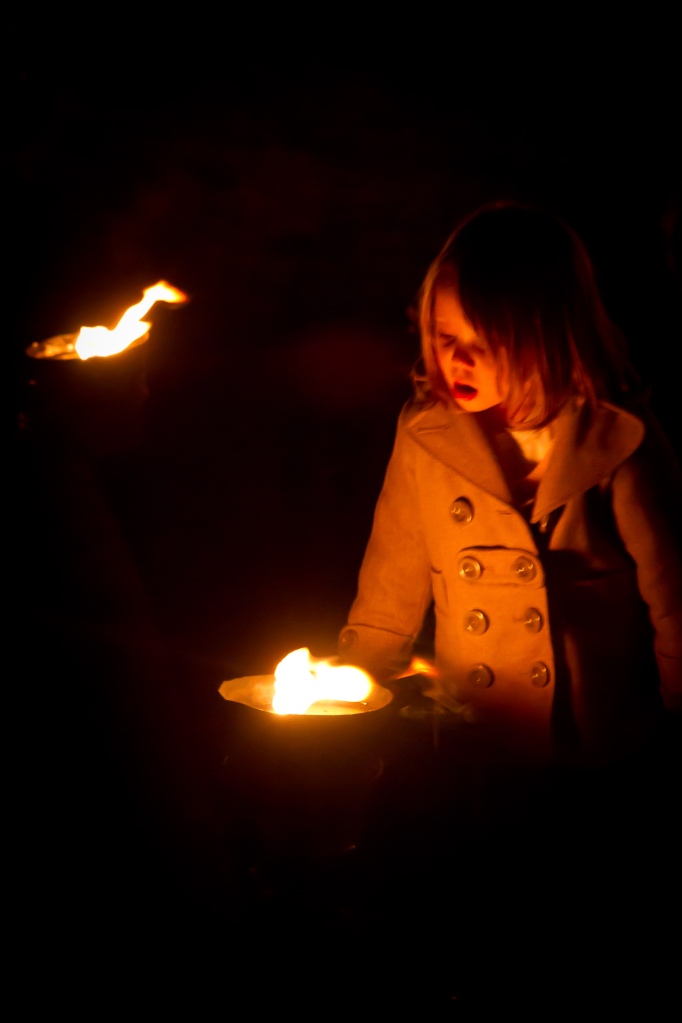 The Demise of the Laman Sreet Fig Trees: Part 4

Well, some 3 months after the chainsaws made their first appearance,  it seems the Lama Street fig trees are finally on their way down. At around 4 AM on the morning of January 31st 2012, the chainsaws re-appeared, along with some 60-odd police from the riot squad.

There was a bit of a squabble, with some of the barricading coming down, but the situation soon settled with the police forming a cordon and the protesters mostly maintaining a silent vigil. 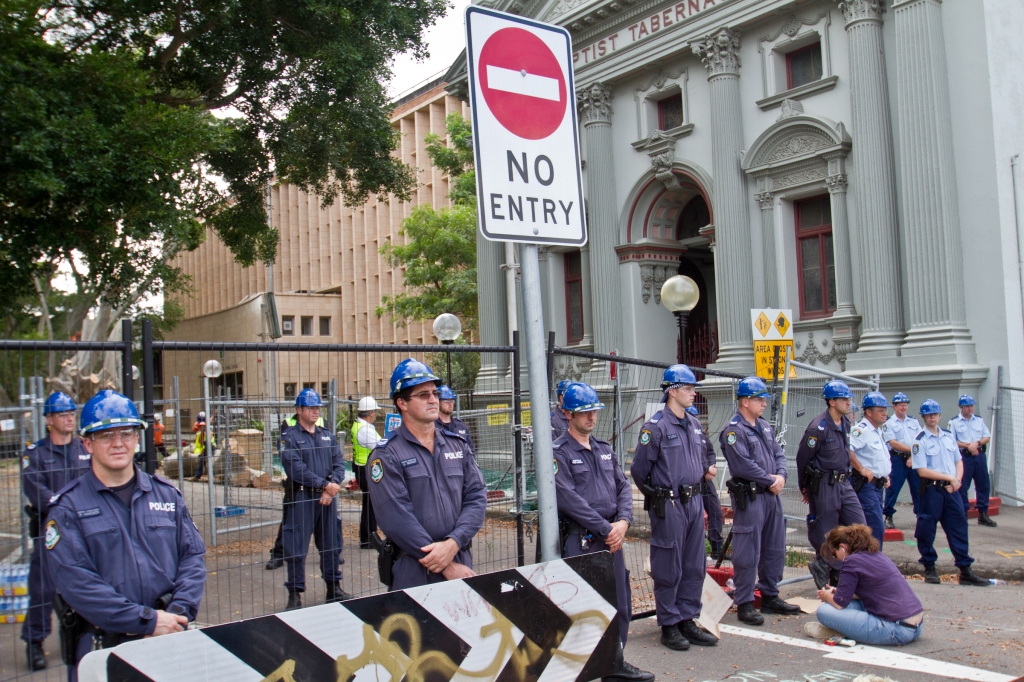 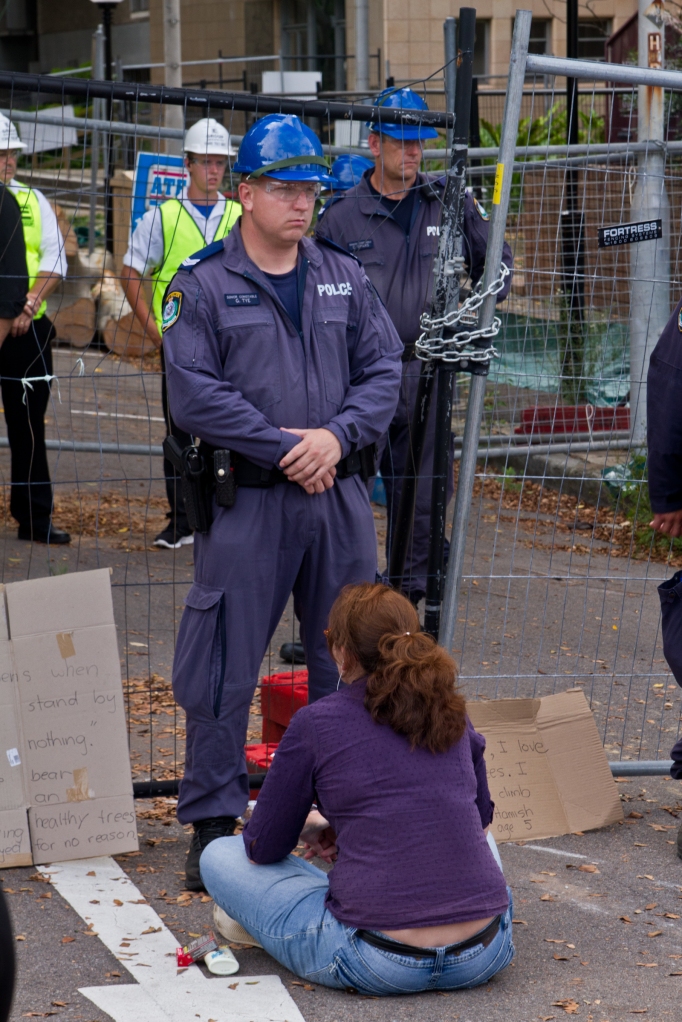 It’s predicted that the whole operation is going to take a couple of weeks.

Already, the southern vista from Civic Park is starting to take a radically new form… 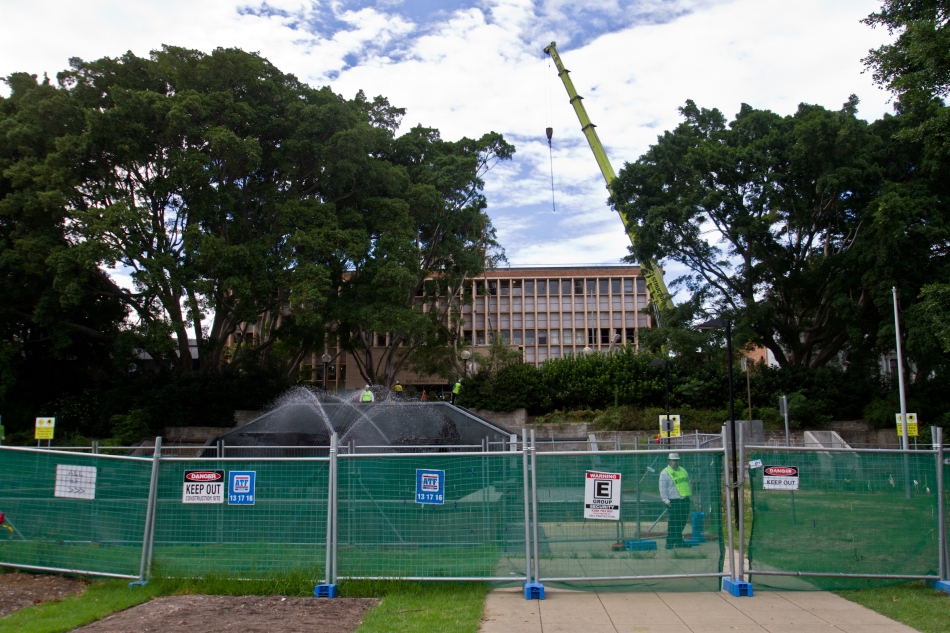