….a very rough, back of the envelope calculation, that is, of  the number of bricks in the Tighes Hill TAFE campus.

The original campus buildings were constructed in the 1940’s and 1950’s and seem almost to be a variety of English modernism, with Art Deco flourishes in things such as the metalwork, integrated flagpoles and clocktower. 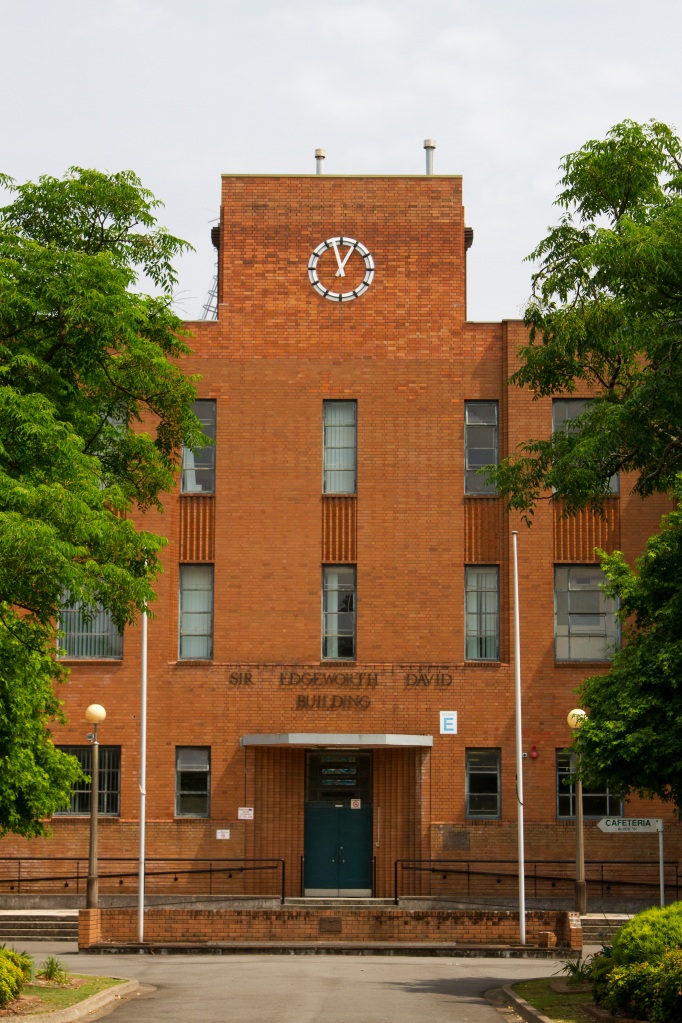 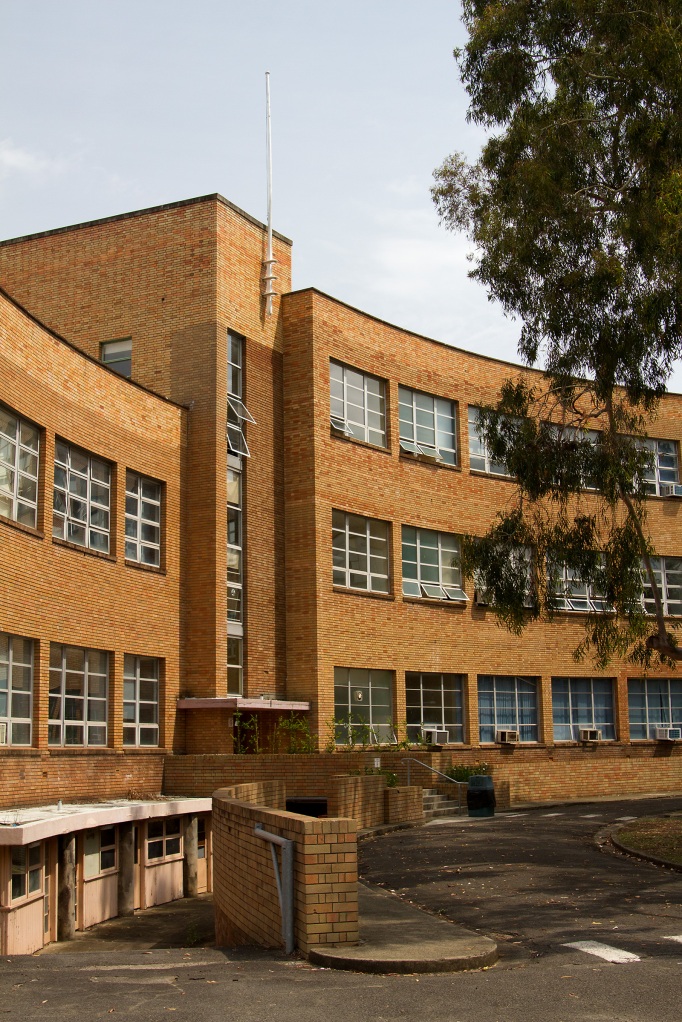 The brickwork is laid in a variety of Flemish Bond; it’s now rare that masonry is laid in anything other than stretcher bond, which is most economical. There are many interesting little touches such as the chamfered window reveals seen here. 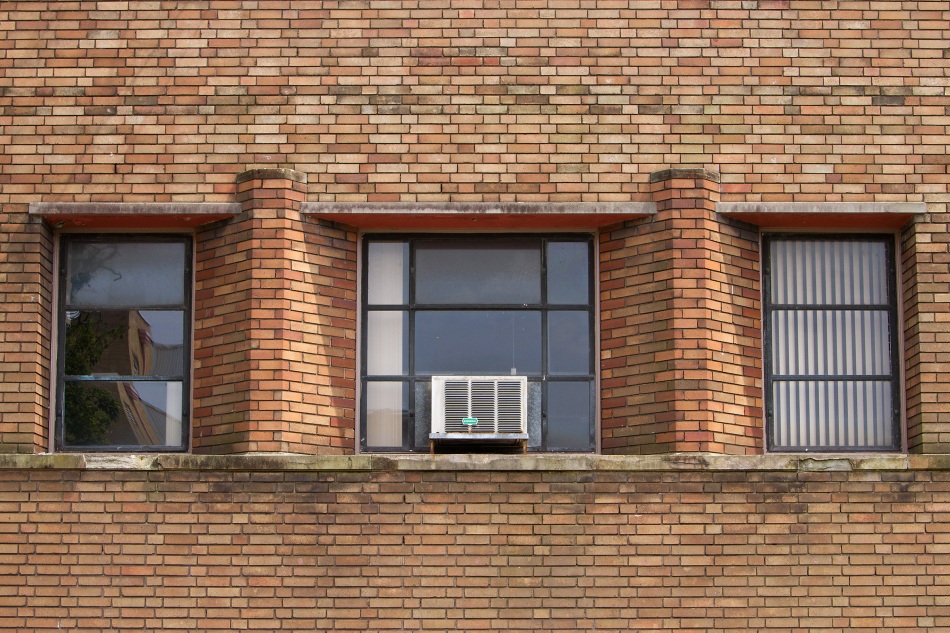 The trades building is rather interesting in its planning. The various trade workshops are arranged radially from a central curved administration hub. There’s a real contrast between front and back of house.

There’s a real contrast, too, between the TAFE campus and what you can see on the opposite side of Throsby Creek!