The Demise of the Laman Street Fig Trees: Part 2

After all the action on Friday 7th October, the state of play was one fig tree with two limbs removed…….

In the meantime, the protesters have made more adornments for the barricades, and by Tuesday morning….

…an extra ring of fencing is partially erected, apparently to make it easier for workers to get in and out of Laman Street. 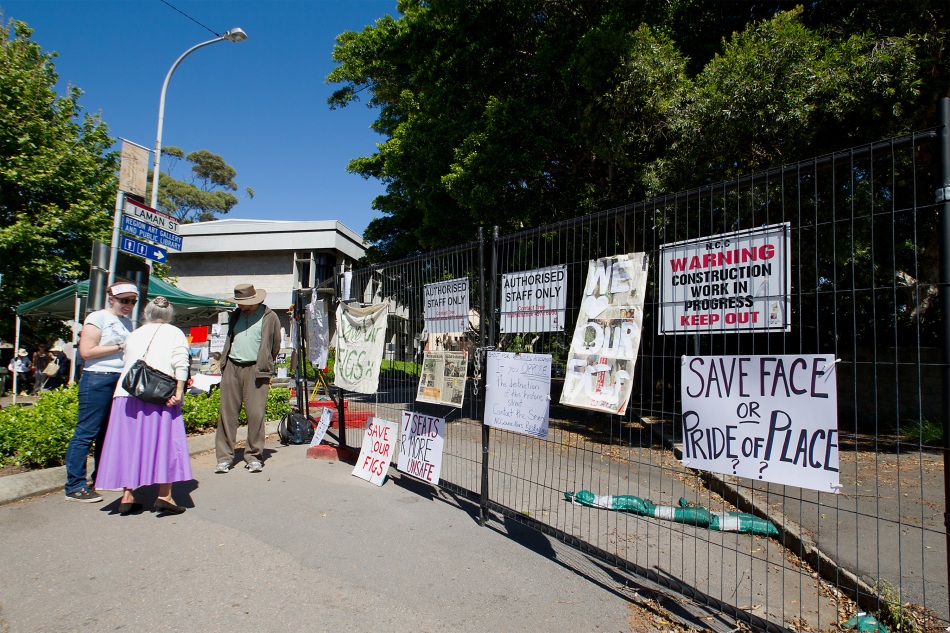 On Tuesday afternoon, Save Our Figs organised another rally, this time on the steps of City Hall. 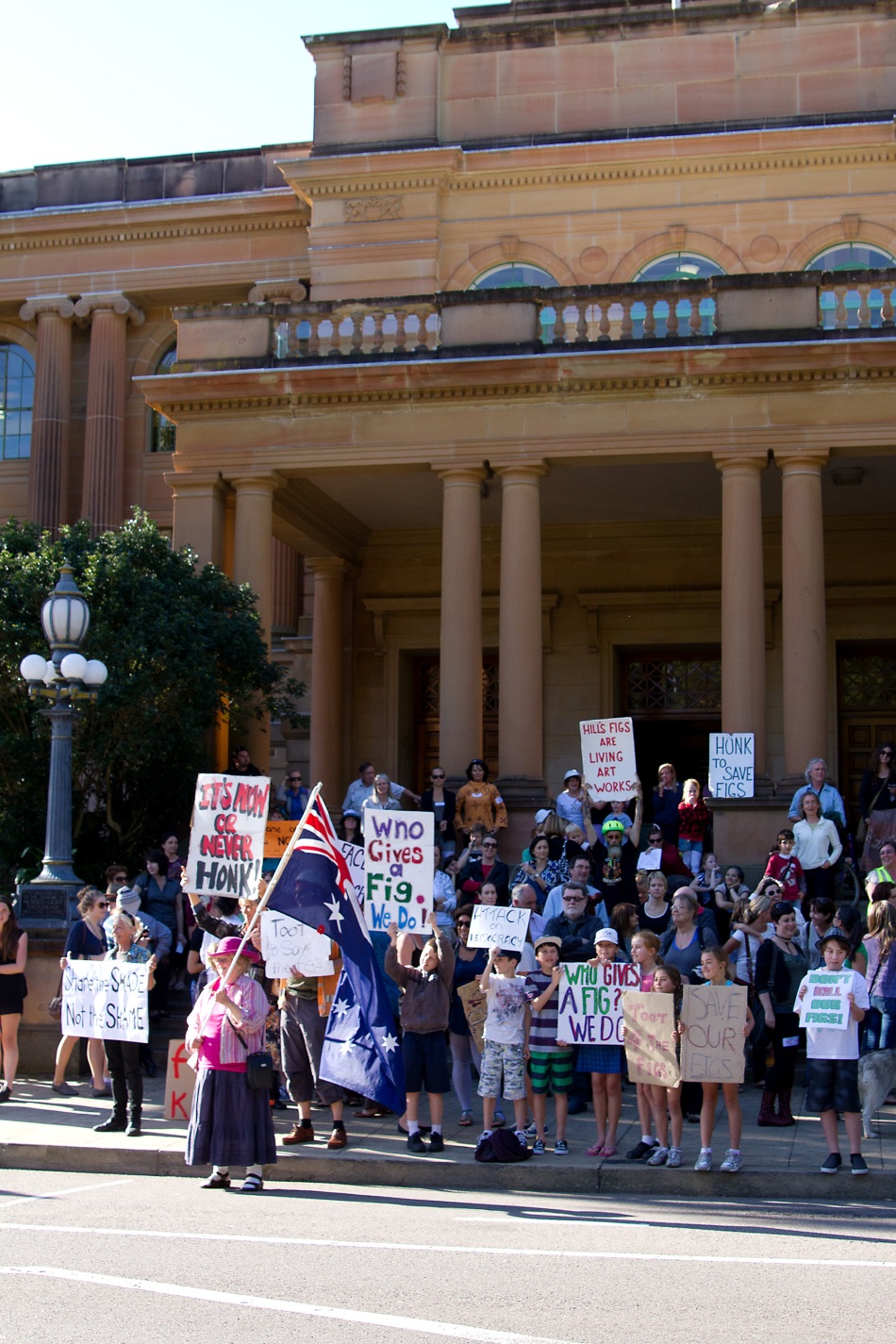 There was a single counter-protester, wanting the figs to be chopped down. 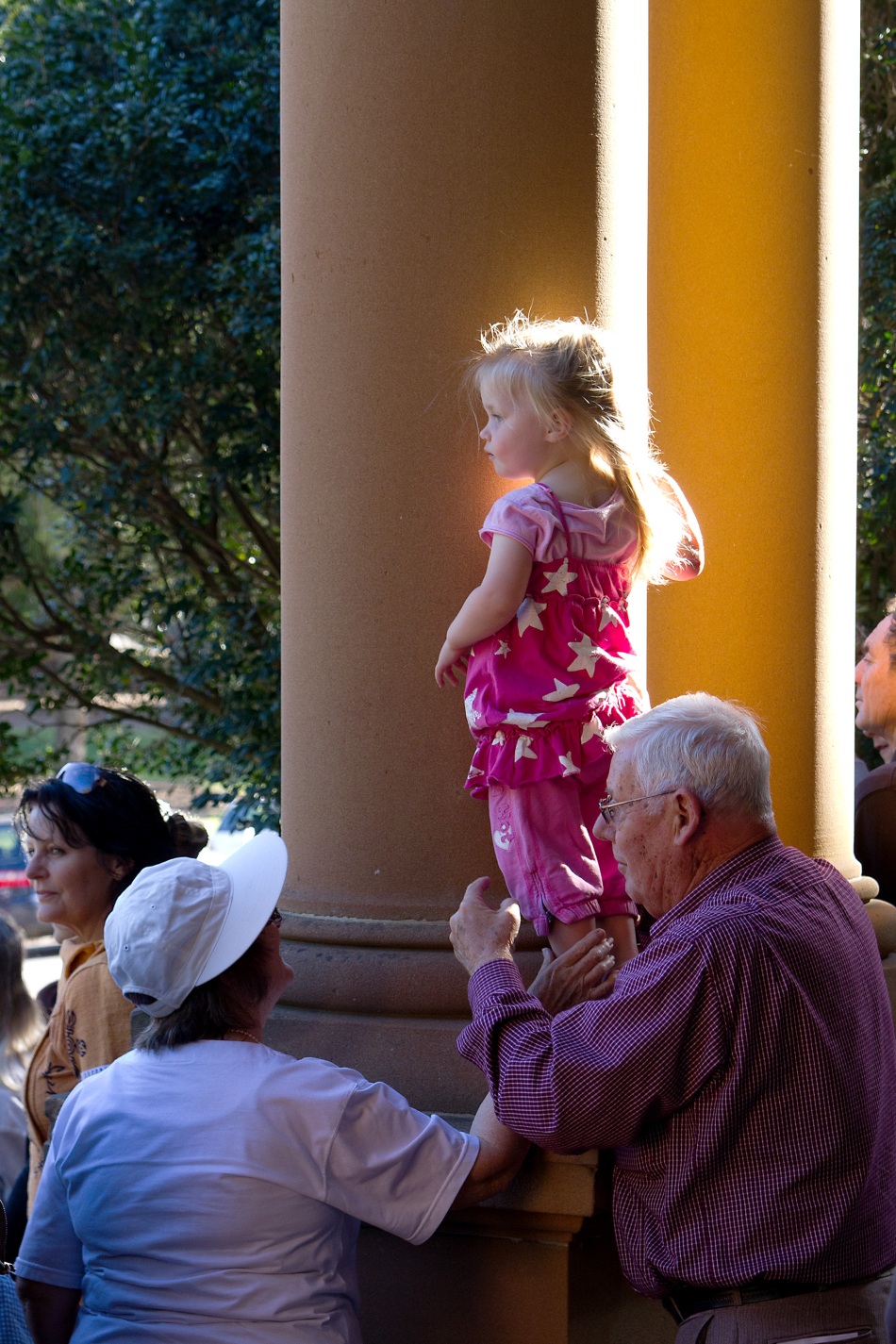 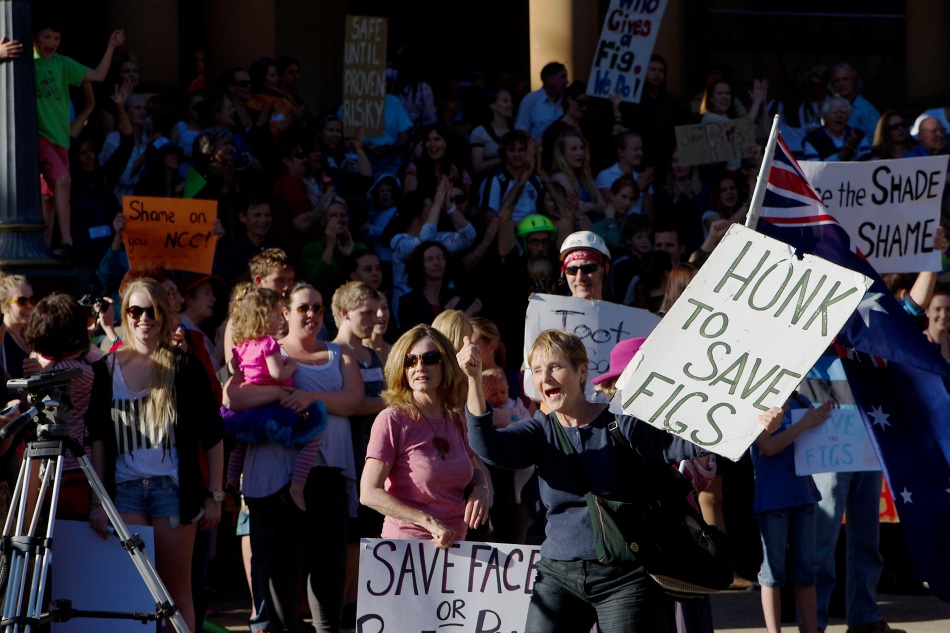 On Wednesday morning (12th October), the final gaps in the outer ring of fencing were being filled. 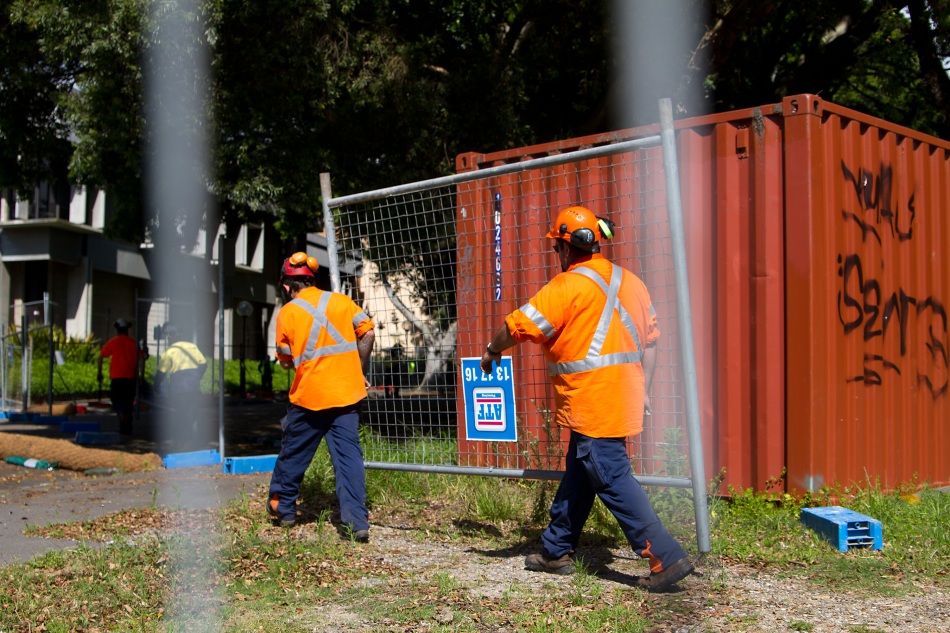 A few protesters delayed the process by sitting down on Gallery land so that they’d be inside the barrier. By this time TV and news reporters had arrived. 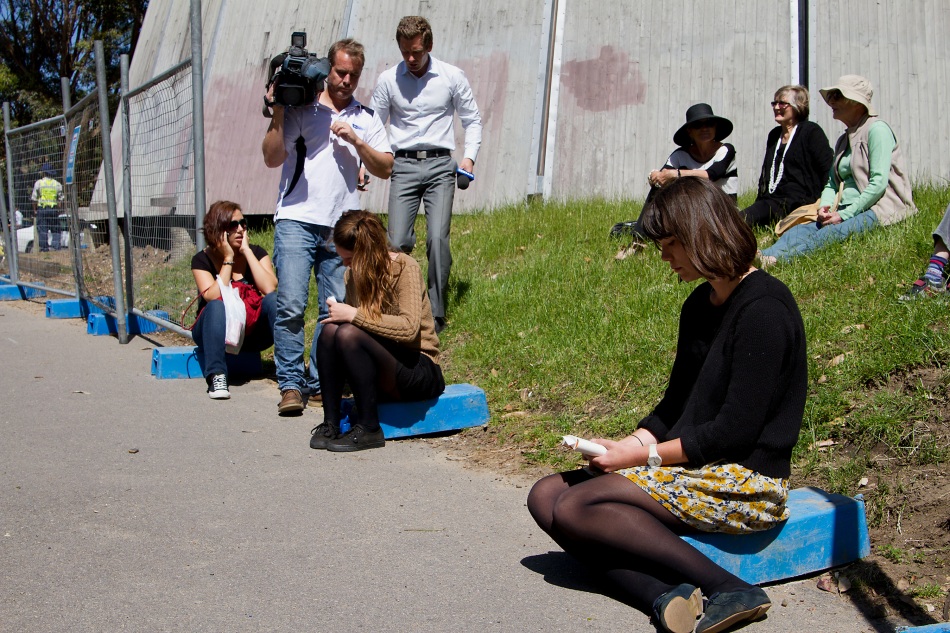 A bit of negotiation ensued, with the protesters being asked to move of Gallery land. At one point it was suggested a survey be made so they could know where they could move to. 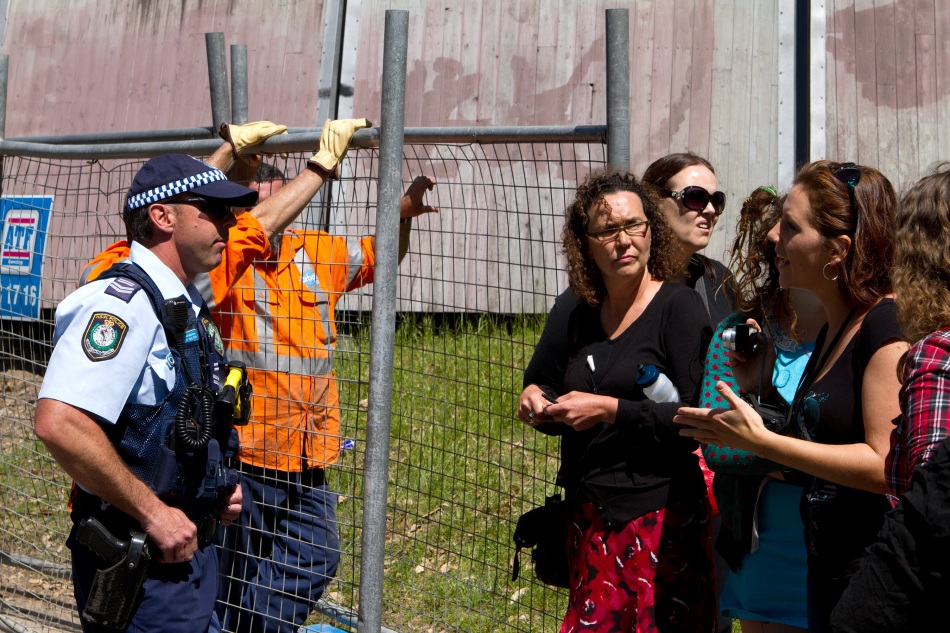 A little bit later a CFMEU organiser arrived, gave a speech. Didn’t really have much to say about figs… 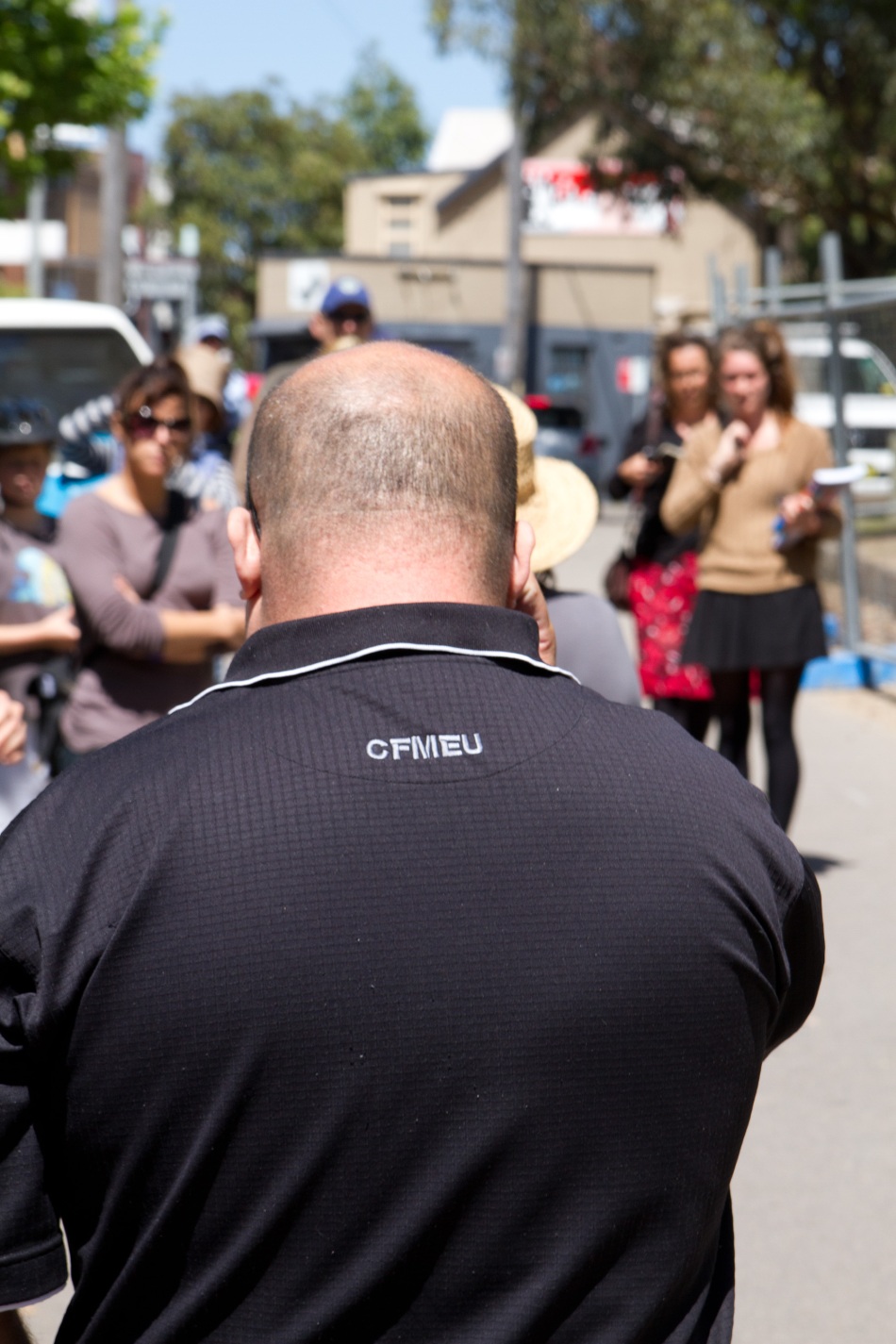 Cops had better things to do today.

I have a feeling there is going to be Part 3 to this saga.